1770 Pendrell brings 173 purpose built affordable and market rental units into the West End, one of Vancouver’s most beloved and populated neighborhoods. The tower is situated to the east of the property to minimize shadow impacts on Morton Park and Denman Village – one of the three diverse commercial Villages in the West End. Responding to the architectural character of the West End, the mass of the tower is split into two blocks similar in size to the towers of the 1950s–70s. The western block facing the water shifts visibly to the south to maintain the northerly neighbour’s panoramic views of English Bay. The tower is also animated with traditional West End architectural elements such as concrete construction, ribbon windows, prominent entrance lobby ways and landscaped setbacks. These elements are all tied together with a unifying steel frame that echoes the cargo of the container ships anchored in the harbour. Wooden privacy screens further punctuates the geometry of the frame.

The project responds to the principles for development in the West End as outlined in the West End Community Plan policy – namely by providing affordable and rental housing to meet the needs of a diverse community and protecting and enhancing public open spaces and green linkages. The ground level landscaping provides a distinctive frontage and visual extension of the public realm. The traditional West End garden is modernized with an Asian influence, complementing the architecture with a Japanese Zen garden. A separate Wellness Pavilion is nested in the garden and connected to the Amenity Room in the tower with a communal courtyard. This Pavilion is screened for privacy by a piece of public art entitled Still Standing, made of aluminum shingles that reference fish scales, the cedar shakes of the original homes in the West End, and First Nation Plank Houses.

The landscape design also includes a distinctive and experimental rear laneway activation developed in collaboration with the City of Vancouver as part of their Laneway 2.0 initiative, which seeks to enhance the laneways of the West End to become more walkable public spaces through greening, gathering spaces, consolidated waste containers and other unique placemaking ideas. The result is a landscape treatment that contributes to a ground-oriented focus and a quality public realm along pedestrian routes to high traffic West End destinations including English Bay Beach and the Seawall. 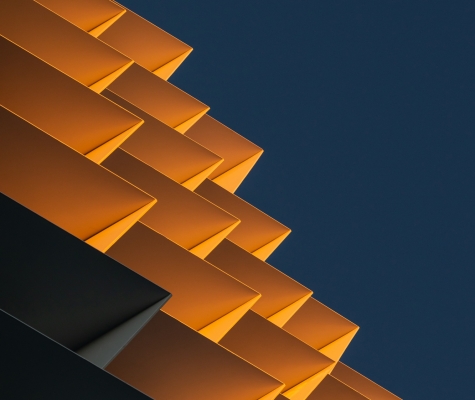